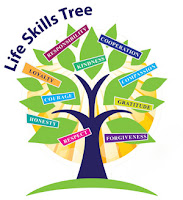 Yes, we know that actors learn to speak loudly and clearly, but what about communicating on a more conversational level? Early in play rehearsals, actors spend more time speaking to each other as themselves than as their characters. They actively participate in discussions with their director and fellow cast members. Actors express their ideas, questions, and concerns to learn how the interpretation of their character works into the director's overall vision.
In life, these communication skills help actors respectfully express ideas and opinions and listen to those of others. They're also able to determine when it is appropriate to speak up in front of a group versus waiting to speak one-on-one.

With the exception of the traditional school system and other childhood activities, there are very rare instances in life where you will find a group of individuals so close in age. In Encore's productions, each cast has actors from age six to age 60's and older. Regardless of age, the more experienced actors serve as mentors and set good examples for the beginners. All actors value the precious relationships they develop with people of different backgrounds, and together they build a solid, diverse team to work toward one goal: An awesome show!
As actors, we trust our fellow cast members to learn their lines, be where they need to be onstage, and help us if something goes awry during a performance. We are humble when we land the lead role and our friend isn't cast (we could be in each other's shoes in the next show!). We help and support each other because we understand that we're only as strong as our weakest link. The way actors value relationships will carry them far in life with managers, co-workers, friends, and family.

Anything can happen in live theatre, and actors learn to handle mistakes and bad situations with grace. A light cue fires incorrectly? An actor adjusts his blocking to stay in the light. An actor misses his cue? The actors onstage ad-lib in character so the audience has no idea anything is wrong. Life never goes as planned, and a background in theatre prepares individuals to adapt, keep a level head, and make decisions quickly and wisely in any situation.
In the workplace, flexibility and being open to new ideas fosters an environment where change and progress is sought, not feared.

Actors learn to portray every type of character, each with its own set of physical traits and quirks. Some characters stand straight and tall, carrying themselves with pride. Some characters are animals with absolutely no human characteristics. Regardless of the character, actors must be clean and precise with their movements, cognizant of every muscle in their body.
Have you ever noticed that some people look like they're laughing when they're crying? Some people frown when thinking, even if in a good mood? It is crucial that actors "stay in character," accurately matching their body language to their emotions at all times.
In life, we must be aware of our bodies. Because first impressions should not be undervalued, we must be aware of our bodies and understand that how we carry ourselves speaks volumes about our attitude and personality.

"I can't... I have rehearsal" is a phrase often muttered by committed thespians. They decline party invitations, turn down concert tickets, and rearrange their lives around the rehearsal schedule to uphold their commitment to the production. They have experienced the disappointment when an actor lets down the cast and directors by missing rehearsal or dropping out of a show. A dependable, responsible actor takes pride in what they do and have the respect for themselves, their production team, and the overall show to attend every rehearsal on time and give 110% effort every day.
These skills and mindset are appreciated by every manager, teacher, and team leader. Project goals can't be achieved without the presence of every focused, dedicated team member.

WHAT HAVE YOU LEARNED?

Have you or your child participated in one of our productions and learned a valuable life lesson? Tell us about it in the comment section below! We've had parents express how they child is more confident, imaginative, and fearless after being in our shows. We've had adults overcome their fear of public speaking. It's rewarding to see how the skills learned in our theatre program spill over into our actors' every day lives. 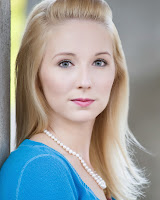 Thank you for reading! If you or your child would like to get involved with us, please join our email list to receive updates on upcoming auditions, classes, and productions.