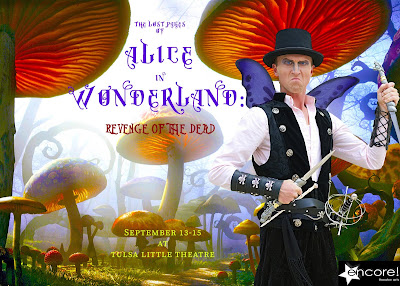 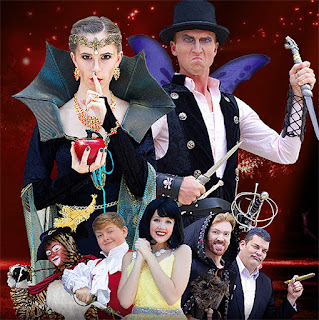 This is an exciting opportunity for fun, energetic actors to bring a magical, original production to life onstage! This September, The Lost Pages series continues! All of your favorite Lost Pages characters and more are coming back to Tulsa Little Theatre! The Lost Pages is a book/play series written by Joshua Branson Barker, and is a twist on several beloved fairy tales with intertwining plots and characters much like Into the Woods and Once Upon a Time, but with the humor of Shrek and Mega Mind. These stories are tied together by the adventures of an original character named the Phantom Fairy, who is the Chosen One and the prophesied savior of the world. As a young sorcerer's apprentice, Phantom was framed by a dark sorceress for crimes he did not commit, which set him down an alternate path of evil, and led him to become the greatest villain of all time. In, The Lost Pages of Alice in Wonderland, Phantom has abandoned his villainous ways and embarks on a magnificent adventure to the curious world of Wonderland alongside Alice, Prince Charming, Puss in Boots, Red Riding Hood, and other fairy tale characters to thwart the Queen of Hearts, Maleficent, Wicked Witch, Morgan Le Fay, and other villainous creatures. With sword-fights, pyrotechnics, special effects, beautiful sets and costumes, and crazy humor, The Lost Pages of Alice in Wonderland is a fun and unique fantasy adventure for the whole family!

Get ready to have a holly, jolly Christmas with
Encore! Tulsa's
2019
Holiday Productions!!! 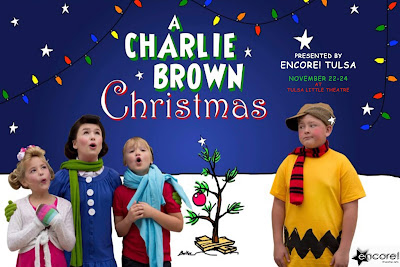 
We will create two casts-- an all-adult cast and an all-youth cast. 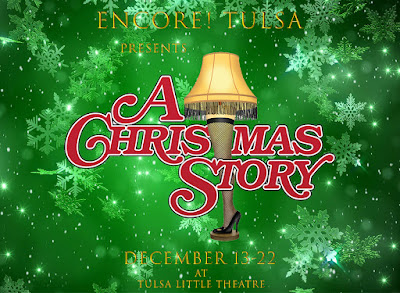 Audition details for BOTH holiday classics are coming soon!
Don't be a BLOCKHEAD, be sure to keep an EYE out for our audition announcements so you don't miss your chance to be a part of these amazing holiday productions. 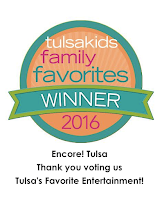