Encore! is proud to serve the Tulsa community through live entertainment, arts education, and professional actor training. Over the years, Encore! has helped aspiring actors of all ages live their dreams and find success in their acting careers. Click here to learn about a few of our accomplished students, and where they are now. 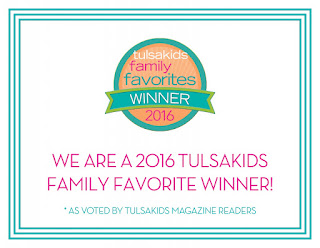 Encore! Tulsa is currently recognized as Tulsa's Best Entertainment by TulsaKids Magazine. Joshua Barker has received the "You Make a Difference Award" from Family & Children Services for Encore's contributions to the youth arts community. Encore! has also been recognized in Oklahoma Magazine's Best of the Best and TulsaKid's Family Favorites for the best theatre classes and productions in Tulsa. In 2012, the Encore! production of Winnie the Pooh received the Chaddy Award from the Tulsa PAC Trust for an exceptional and creative marketing campaign.

Artistic Director, Joshua Branson Barker, founded Encore! in 2009. He has directed all 50 of Encore's productions, plus over 30 shows for other theatre companies. He has taught many acting classes for youth and adults, as well as contributed to the community through special events, charity performances, and outreach programs. Joshua is a professional actor in the Film/TV/Theatre industry having performed in Los Angeles, Las Vegas, Texas, Louisiana, Arkansas, Missouri, and Oklahoma. He is thrilled to bring exciting opportunities to his hometown of Tulsa, Oklahoma as well as other regions.

Joshua is the Founding Artistic Director and Resident Set Designer for Encore! and is an actor, director, producer, playwright, author, artist, and comedian. At the early age of 6, he discovered his talent for creating voices, learning accents, and doing impersonations such as Jim Carrey, Arnold Schwarzeneggar, George Bush Sr., Elmo, Grinch, Chewbacca, Yoda, Shaggy, and the Cowardly Lion. Which led to his passion for performing and making people laugh. He has been active in the Tulsa theatre community since the age of 12 and began directing community theatre productions at the age of 17. He has performed at various comedy clubs in Los Angeles and worked in Entertainment at Universal Studios Hollywood. Joshua has worked on feature films, including August: Osage County (produced by George Clooney and starring Meryl Streep, Julia Roberts, and Ewan MacGregor) and Te Ata, and the short film, Dragula (directed by Adam Shankman and starring Rob Riggle and Missi Pyle), as well as the CBS TV series, Baby Daddy. Joshua has directed and produced over 90+ stage productions in addition to performing in nearly 90 stage productions in Tulsa and Los Angeles. Joshua has written the book, The Lost Pages of Cinderella: 24-Hour Assassination Operation, which is the first of a seven-part book series. He has produced five original Lost Pages plays, and is currently writing the sixth. He is also adapting the stories into screenplays and is in the early pre-production stages for The Lost Pages web series. His favorite stage credits include It's a Wonderful Life (George Bailey), Wait Until Dark (Roat), Peter Pan (Captain Hook), A Christmas Carol (Scrooge), Little Women (Theodore Lawrence), The Crucible (Reverend Hale), House & Garden (Barry Love), Wizard of Oz (Cowardly Lion), A Christmas Story (The Old Man), and Alice in Wonderland (Mad Hatter), just to name a few.