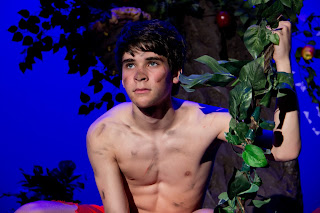 ABOUT THE PROGRAM
The Pre-Professional Youth Acting Program prepares committed and gifted theatre students age 18 and under for college and/or a professional career. Led by industry professionals who are also working directors/actors, the PPYAP curriculum provides students with extensive training to help them reach their full potential.

AUDITION PROCESS & APPLICATION
New students are accepted into the program by audition/interview only. Acceptance is at the sole discretion of the Encore! staff. The PPYAP admits a finite number of students to its program and accepts only those students who possess and demonstrate exceptional talent and ability in acting as well as a strong work ethic and professional attitude. Current PPYAP students who pass juries at the end of the season are invited to participate the following year without re-audition.

Auditions/interviews are held by appointment only and will be scheduled upon payment of a non-refundable $25 application fee. Please bring a completed application, headshot, and resume on the day of your audition, and be prepared to perform two contrasting monologues (comedic/dramatic, classic/contemporary, etc.) that showcase your strengths. The combined length of your monologues must be under 3 minutes. Parents are welcome (and encouraged) to attend the interview portion of the process, and we are happy to answer any questions you may have at that time.


SCHEDULE & CLASSES
Students choose from a selection of classes that are typically held on Tuesday, Wednesday, and/or Thursday evenings. The Fall, Winter, and Spring sessions are each six weeks long. Each session ends with a showcase performance and/or play production, typical scheduled on the Saturday following the last day of class.

NEW for 2017-18! At the discretion of the directors/instructors, students have the option to customize their own class. This allows students a more in-depth study of a particular area of theatre and/or accommodate other schedule commitments.

PERFORMANCES & OTHER OPPORTUNITIES
Performance opportunities are available to participate in our mainstage productions. PPYAP students are encouraged to participate in order to gain stage experience and build their resumes while working on a professional-quality production. PPYAP students often assume leadership positions within our productions, which is a great credit to add to their resumes.

ATTENDANCE & COMMITMENT
Students are expected to attend all scheduled classes. In the event that a student is unable to attend a class or will arrive late, he/she is expected to communicate with the instructor in a professional and timely manner. Early departures and late arrivals are considered a half-absence. Additional absences will be considered for students who are cast in professional or other pre-approved productions, and are reviewed on a case-by-case basis. Participation in Encore! Tulsa’s mainstage productions is highly encouraged, but not required.

Attendance and minimum enrollment conditions apply. All tuition and fees are non-refundable.

PAYMENT
We offer several payment options for the PPYAP’s 2017-2018 season.

OPTION C- 3-month Payment Plan. Tuition is split into three monthly payments that may be paid via check or credit card. A $15 service fee will be added to the first month's payment. Payment is due on the 15th of each month, starting August 15.

OPTION D- 6-month Payment Plan. Tuition is split into six monthly payments that may be paid via check or credit card. A $30 service fee will be added to the first month's payment. Payment is due on the 15th of each month, starting August 15.

OPTION E- (Available to returning PPYAP students, only) 9-month Payment Plan. Tuition is split into nine monthly payments that may be paid via check or credit card. A $45 service fee will be added to the first month's payment. Payment is due on the 15th of each month, starting August 15.

ALUMNI
Many of Encore’s former students have gone on to do amazing things in their lives and careers. Even our current students are already making a name for themselves right here in Oklahoma. Here are just a few of those accomplished actors:

Victoria Scott
Victoria is a professional actress currently working in Los Angeles. She has recently appeared on Days of Our Lives, Modern Family, and the Disney Channel’s K.C. Undercover. She played Lily Davis in the award-winning series, Royals, and has worked on numerous commercials. She studied with Encore! from 2009-2012 and performed in many productions, including Wizard of Oz (Dorothy), Charlie and the Chocolate Factory (Veruca Salt), The Lion, the Witch, and the Wardrobe (Susan), Alice in Wonderland (Tweedledee), Wait Until Dark (Gloria), The Jungle Book (Mother Wolf), The Lost Pages of Cinderella (Mischief), and The Lost Pages of Snow White (Evil Queen). 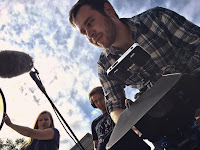 
Nick currently resides in Los Angeles, where he works in the entertainment industry as a Cinematographer, Director, and Editor. He has worked on many short films and commercials, most notably Lana Del Ray's latest album, Lust for Life. Nick Conroy started studying with Joshua and Mindy Barker before they even formed Encore!, performing under their directorship in local community theatre productions. He proceeded to study with Encore! from 2010-2011 through various classes as well as productions of The Lion, the Witch, and the Wardrobe (Peter Pevensie) and The Jungle Book (Akela the Wolf).

Trace Burchart
Trace played Tom of Warwick in the Broadway Tour of Camelot and appeared in the film, The Veil, starring Jessica Alba. He was a finalist for the role of Ralphie Parker in Broadway’s National Tour of A Christmas Story. Trace is a current Encore! actor who has studied with us since 2011, when he made his stage debut as Randy Parker in A Christmas Story. Since then, he has played Young George/Pete Bailey in It’s a Wonderful Life, Michael in Peter Pan, Ralphie in A Christmas Story, and Christopher Robin in Winnie the Pooh. He has also performed with other theatre companies’ productions of Les Miserables (Gavroche), The Secret Garden (Dickon), and Little Mermaid (Sebastian).


Axyl has studied with Encore! since 2011, having played Janie Bailey in It's a Wonderful Life, Kitty LePaws in The Lost Pages of Cinderella, and Munchkin Mayor in The Wizard of Oz. Her theatre and on-camera acting classes with Encore! helped her gain valuable acting representation to further her acting career. Axyl is an accomplished singer, having performed a duet with Kristen Chenoweth at Kristen Chenoweth Live! at the Broken Arrow PAC, as well as at the Gianna and Chazz Palminteri Cabaret Showcase at Feinstein's/54 Below in NYC. She is featured in Kristen's new album, Coming Home. Axyl is represented by Magna Talent in Oklahoma.
Email ThisBlogThis!Share to TwitterShare to FacebookShare to Pinterest
Home
Subscribe to: Posts (Atom)