Meet the Cast of Charlie and the Chocolate Factory 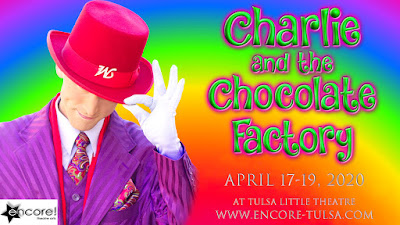 Thank you to everyone who auditioned for us this past weekend! We appreciate you sharing your time and talents with us. Unfortunately, we can never cast everyone who auditions. Age, gender, height, looks, and schedule conflicts all play major factors in casting. We will announce our next productions, 2020 Summer Camp schedule, as well as audition dates very soon! Also, be sure to check out our upcoming Spring Break Camps and Spring Weekly Acting Classes! We hope to see ALL of you at future auditions, classes, and productions, so don't forget to sign-up for our mailing list so you don't miss out!

And now, without further ado... The official cast of Charlie and the Chocolate Factory! Congratulations to those who were cast, and a HUGE WELCOME to each and every one of our actors who will make their Encore! debut with this sweet and spectacular production!

PLEASE CHECK THE CAST LIST THOROUGHLY! SOME ACTORS MAY HAVE MULTIPLE ROLES.

IF YOU ARE CAST, PLEASE EMAIL INFO@ENCORE-TULSA.COM TODAY TO CONFIRM YOUR ROLE.
OTHERWISE, WE WILL OFFER YOUR ROLE TO THE NEXT AVAILABLE ACTOR.

NOTE: SCRIPTS, SCHEDULES, AND FURTHER DETAILS WILL BE EMAILED THIS WEEK. THANK YOU!

CORTEZ AVANCE (CHARLIE BUCKET) is thrilled for his first lead role in an Encore! mainstage production. Cortez is in the 3rd grade. He made his debut theatre appearance in the role of Michael Darling in Encore! Tulsa’s production of Peter Pan. He enjoys playing drums and his favorite video game is Minecraft. His favorite Encore! Tulsa credits include: A Christmas Story (Randy 2019), A Charlie Brown Christmas (Linus 2019), and Peter Pan (Michael Darling).

JOSHUA BRANSON BARKER (WILLY WONKA) is the director, producer, and designer of Charlie and the Chocolate Factory and the Owner/Founder and Artistic Director of Encore! Tulsa. Joshua Branson Barker, is a professional actor/director/writer in the entertainment industry. He has performed in Los Angeles, Las Vegas, and across the midwest on such films/tv shows as August: Osage County (produced by George Clooney and starring Meryl Streep, Julia Roberts, and Ewan MacGregor) and Te Ata, and the short film, Dragula (directed by Adam Shankman and starring Rob Riggle and Missi Pyle), as well as the CBS TV series, Baby Daddy, and many others. Joshua has directed and produced over 90+ stage productions in addition to performing in nearly 90 stage productions in Tulsa and Los Angeles. His favorite Encore! Tulsa credits include: The Lost Pages Series (Phantom), It's a Wonderful Life (George Bailey), The Wizard of Oz (Cowardly Lion), Jungle Book (Baloo), Wait Until Dark (Roat), and Peter Pan (Captain Hook).
Visit the About Us page for more info.

EMMA CALDWELL (AUGUSTUS GLOOP) is a sophomore from Sand Springs. She has loved attending Encore! classes as well as performing in Encore! shows for three years. She is so excited to keep going for many more years to come! Emma loves to sing at Presler and volunteer for her community. Favorite Encore! Tulsa credits include: The Lost Pages of Alice in Wonderland: Revenge of the Dead (Prince Charming 2019), A Charlie Brown Christmas (Snoopy 2019), A Christmas Story (Scut Farkus 2019), The Wizard of Oz (Guardian of the Gate), and The Lost Pages of Snow White: Quest for the Dark Scrolls (Merriweather). 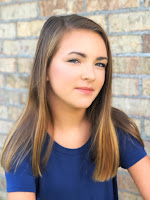 REAGAN ROZZI (VERUCA SALT) is 13 years old and is thrilled to be in her tenth Encore! production. Her favorite hobby is acting. She loves spending time at the theatre whether it be to act or to help out backstage. Reagan has performed in several Encore! productions from The Lost Pages Series to A Christmas Story. Other Encore! Tulsa credits include: A Christmas Story (Flick 2019), A Charlie Brown Christmas (Lucy 2019), The Lost Pages of Alice in Wonderland: Revenge of the Dead (Alice 2019).

LILLI SEARCY (VIOLET BEAUREGARDE) is a 12 year old 6th grader from Sand Springs. She is excited to star in her second Encore! Tulsa production as Violet! Lilli loves serving others through her church at Hillspring. Other Encore! Tulsa Credits include:  A Charlie Brown Christmas (Violet 2019).

CHRISTOPHER CLARK (GRANDPA JOE) is thrilled to join the cast of Charlie and the Chocolate Factory! In addition to performing in several local lms and working as a professional clown for 25 years, Christopher has appeared in such theatre productions as Arsenic and Old Lace, 1940's Radio Hour, Once Upon a Mattress, The Fantasticks, Much Ado About Nothing, and many others. Encore! Tulsa credits include: It's a Wonderful Life (Clarence), The Wizard of Oz (Wizard), The Lost Pages of Oz and the Rise of the Winged Monkeys (Wizard), The Lost Pages of Sleeping Beauty and the Sorcerer's Apprentice (Wizard), and The Lost Pages of Snow White and the Quest for the Dark Scrolls (Rumpelstiltskin).

CHRIS KENDALL (MR. SALT) recently made his acting debut with Encore! Tulsa's production of A Charlie Brown Christmas (Charlie Brown/Adult Cast 2019). He has been a long-time theater lover and a supporter of Encore shows for the last three years. Chris would like to thank his wife Monica for always believing in him and pushing him to chase his dreams.

ROSEMARY AVANCE (MS. BEAUREGARDE) participated in Trojan Players and the Thespians drama club at Jenks High School as a teen. She rekindled her love of acting in the role of Mourning Dove during her debut performance with Encore! Tulsa's production of Peter Pan and enjoys sharing the stage with her kids, Cortez and Ruby. Other Encore! Tulsa credits include: A Charlie Brown Christmas (Violet/Adult Cast 2019), and A Christmas Story (Elf 2019). 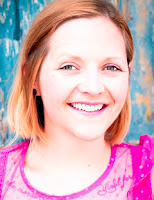 CAT ZELENSKI (MRS. TEAVEE) has performed in over a dozen shows in Enid, OK, but has been absent from the stage for almost a decade. Last year she made her debut with Encore! Tulsa in The Lost Pages of Alice in Wonderland: Revenge of the Dead, and she is excited to be back so soon. Other Encore! Tulsa credits include: A Charlie Brown Christmas (Sally/Adult Cast 2019), and A Christmas Story (Mrs. Shields).

TRACI RAINWATER-RAGGE (MRS. GLOOP) is so excited to work with Encore! again. This is her fifteenth production acting with Encore! Tulsa. She has also appeared in plays at Broken Arrow Community Playhouse, the Belvidere Mansion, and Rogers State University, and has enjoyed working backstage in several productions.

Plus students from our Introduction to Theatre Production class:
Joseph Kendrick

For more details about our Introduction to Theatre Production class, or to enroll CLICK HERE!
Email ThisBlogThis!Share to TwitterShare to FacebookShare to Pinterest