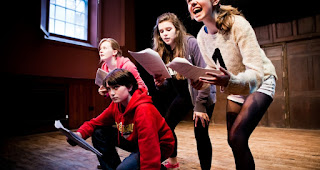 WHO: Youth ages 19 and under who are excited for a challenging artistic experience and enjoy collaborating with other passionate artists and professionals. Learn more about Encore's alumni and their accomplishments! 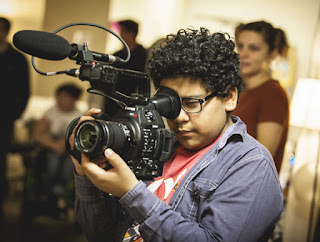 WHAT: An intense, educational project in which students will create a play and film festival consisting of short plays and films produced, written, directed, designed, and performed by students. All projects are supervised by Joshua and Mindy Barker, who have worked as professionals in the entertainment industry in Los Angeles, Las Vegas, and across the midwest for 12+ years.

MAJOR/MINOR AREAS OF STUDY:
By the end of the week, every student will have experienced all of the following areas of study, with an emphasis on 2-3 areas, which will be considered the student's "major" and "minor(s)."
TUITION: $399 All students who are accepted will receive a $100 merit scholarship, bringing the total tuition to $299. Additional tuition assistance is available through financial need scholarships. Please note in your application if you would like to apply.

DEADLINES:
*Upon acceptance into the Theatre & Film Academy, the application fee will be applied to the camp tuition and you will receive an invoice for the balance. Or, the balance may be applied to another 2017 Summer Camp or 2017 Fall Acting Class. Application fees are otherwise non-refundable and non-transferable.